The experience that DOVER TECH has in nuclear projects is from the Dragons de Veracruz company, which has performed various services at the Laguna Verde Nuclear Power Plant in conjunction with internationally renowned companies.

These are some examples of the projects that have been carried out with great margin of success in Mexico with the related DVE company together with companies of a high international level. 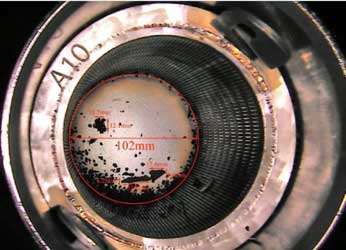 The results of the campaign were satisfactory achieving approximately the following activity removal:

Project: Cleaning of the dryer and separator pool, reactor cavity and under rack region of the spent fuel pool in the laguna verde nuclear power plant (lvnpp)

With the support of our represented company Rolls Royce Nuclear Field Services Inc., was performed the cleaning of the dryer and separator pool, reactor cavity and the under rack region of the spent fuel pool, during the refuel outages of both units of the LVNPP.

The results obtained were satisfactory achieving the following:

UNDER RACK REGION OF THE SPENT FUEL POOL CLEANING 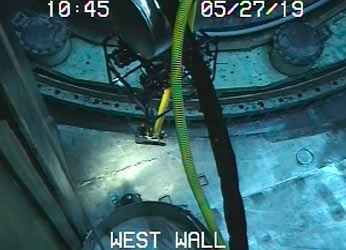 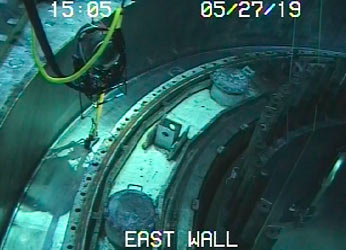 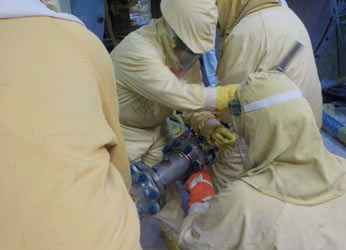 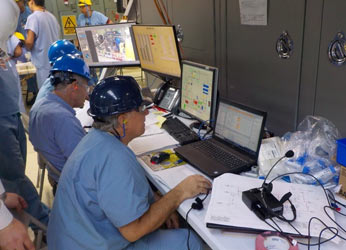 With the support of our represented company Westinghouse Electric Company Inc., it was performed the Chemical Cleaning of the Recirculation loops of the Reactor Cooling Primary Circuit and a portion of the RWCU system, during the refuel outage of the Unit 2 of the LVNPP.

The results obtained were satisfactory, achieving the following:

With the support of our represented company CFM/VR-TESCO, LLC., it was performed the service of technical support to mechanical maintenance personnel in charge to execute the maintenance programs to the valves of the LVNPP, during the refuel outages of the units 1 & 2..

The service was performed with the following objectives: 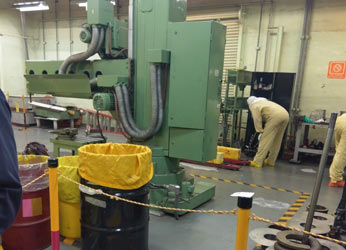 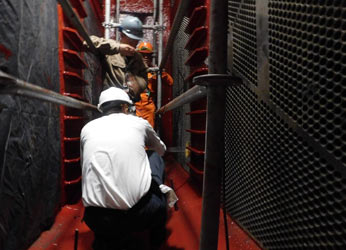 Project: Belzona removal, supply and application of epoxy coating to the water boxes and 108” pipes inlet and outlet of the main condenser of the units 1 & 2 of the Laguna Verde Nuclear Power Plant (lvnpp).

Mechanical removal (sand blast) of the Belzona existing in the walls and floors of the water boxes and in the surface of the 108” pipes inlet and outlet of the main condenser of the units 1 & 2 of the LVNPP.

It was supplied new coating; the surfaces were prepared to meet the requirements to apply the epoxy coating with 100% os solids.

This service was required by CFE because each outage the Belzona showed degradation. With the execution pf this project and because of the properties of the epoxy coating, the LVNPP does not had the need to change the coating since its first application in 2017.